My First Web Tech Was…

We were sitting around the office one day at lunch a while back when the topic of our first website and technology projects came up. We’re a pretty diverse office, and so our stories represented a pretty broad span of tech and eras. We thought our stories were pretty neat, and so we’re sharing them with you! 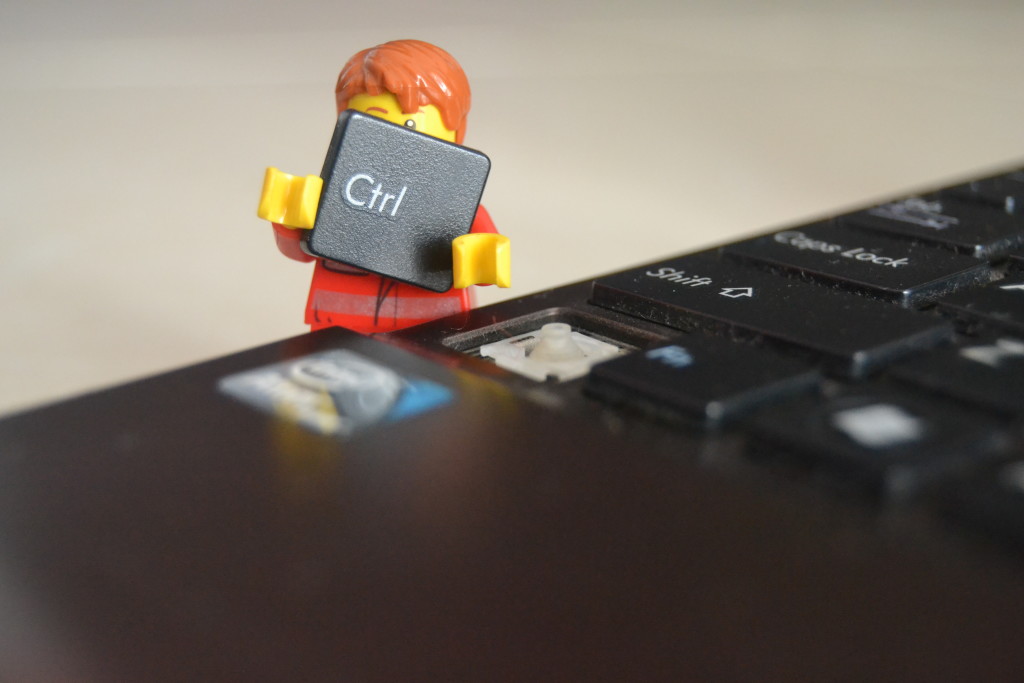 My first website technology was creating a trouble ticketing system for a college computer network I managed.  I created the website using the Perl scripting language through CGI (the way the webserver runs scripts) producing HTML.

It was an exciting project and my first foray into a powerful scripting language.  The database normalization and learning HTML was the icing on the cake!  The system was made to work well in Netscape Navigator 3.  I continued development in Netscape Communicator when that came out.  The Netscape communicator code editor was really handy in learning how to produce the HTML I needed inside my scripts to manage trouble tickets.  That’s where it all started for me.  I last touched that website project in late fall 1997.

The first thing I ever built was an extremely rudimentary PHP form and “database.” It was a form that wrote submissions to a text file and then returned them on a webpage. Think an old school website guestbook.

It was a class and it was in php, even before we learned any html. And it took me all night to complete the assignment because all I could do was echo back one line at a time. Echo back and progress from there. We made a form. Made the form write to a text file. It was like our first database.

Suze’s Official Jonny Quest: The Real Adventures Fanfic Archive can still be found on the internet.

Oh, I have a super fan-nerdy answer for this one!

In 1997 (at the ripe old age of 25), my fan obsession du jour was The Real Adventures of Jonny Quest – a remake of the old 1960s cartoon. I’d been heavily into fan culture on the internet for several years at that point (thank you, X-Files) and when I saw that there was no one good place for housing JQ fanfic, I decided that I wanted to take up the challenge.

The real challenge was that I knew absolutely ZILTCH about HTML, FTP, etc. And I wasn’t exactly confident in my ability to learn programming (seeing as I barely made it through my Intro to Pascal class in college, even with much much assistance from my friend who was majoring in comp sci).  So I poked around a bit, trying to figure how the heck to learn this stuff, when I found out that my ISP at the time was offering periodic classes about HTML, how to build websites, etc. Perfect!

I signed myself up for the class and off I went. I laugh at how utterly clueless I was at the time. I truly didn’t know a thing. But the guy teaching us was very patient and answered all of our questions (no matter how basic they must have seemed to him!) and I walked away from the 3-hour class knowing the basics of how to build a website.

Quest Enterprises (aka “The Archive”) was my learning project. I coded every single piece by hand and a few months later, I was the proud owner of a fully-operating fanfic archive website. It was grueling. I still didn’t know anything about programming (yet!), so everything had to be hand-coded and that took a ridiculous amount of time. But I was so proud of myself. I learned about CGI scripts and server-side includes and tables. I learned about obtaining hosting space (yes, I once upon a time hosted on Geocities, Homestead and other classics of the era), acquiring my own domain name, setting up subdomains and password protection.

Eventually, the amount of work it took to maintain the site led me to shutting The Archive down. But I will forever be grateful that got me interested in website design and development. I ended up getting a “Webmaster Certification” (pretty much all there was at the time) from Merrimack College in 2002 and continued to putter around with personal sites, employers’ sites, and finally ended up here at RainStorm doing much the same work as that guy who taught me what the heck a “tag” was way back in 1997. 🙂

This is the earliest version of the site that I can obtain on archive.org due to a robots no-follow rule I apparently had set up on the original site/domain.

Thankfully, it appears that none of my own bad fanfic survived the archive process. *whew* 😉

Stophazing.org was the first site I ever built. I used a program called HoTMetaL Pro. It was viewed it on a beta version of Netscape. Setup a perl script that would email me every time someone visited the site. It was a big deal to get it into Yahoo! as the visits went up to 75/day.

(You can see that first version of the StopHazing.org website at the Internet Archive’s Wayback Machine if you want to.)

Note the B+E Web Design (Brian and Elizabeth) button at the bottom — that was essentially the first name for RainStorm….

I first used Microsoft Frontpage to create webpages. Then I moved up to Adobe Dreamweaver. I also created flash animations and interactives for basic html websites. I only started using WordPress 8 years ago and it was not initially for web design. I was into internet marketing at the time and had a blog. I soon figured out that I was better at building WordPress websites than I was at internet marketing and I have been developing using WordPress ever since.

I started making my own website using Macromedia’s Fireworks in the late 1990s. I didn’t have it anywhere but on my own computer, which was fine, because it was a pretty useless website.  In the early 2000s I was employed as a graphic designer, creating lots and lots of print materials. I also managed our company’s small website. After a while we outgrew the site and the branding of it, so in 2004 I made a new one, which had drop-down menus and graphics that changed when you hovered over them. My employer at the time thought that since I could do that, I could probably do websites for some of our clients too.(I couldn’t seem explain to him very well that print and web are so very, very not the same. (Fun fact: this is the same time I first learned about RainStorm, who was working with a nonprofit we were also working with!)

So my first commercial website was a 50+ page site for a respected nonprofit. It must have been before java menus were standard because there’s a message on the homepage that cracks me up now:

Please use the drop-down navigation bar at the top of the page to help you find what you need. If you have difficulty viewing navigation using Java, please visit our site map.

When I started to do freelance work, I jettisoned static html web tech and moved to WordPress. I loved how it allowed me to teach people who weren’t web designers how to manage their own sites and removed me from the content update business. My first of these used the Thesis theme, which required a lot of php programming and I had to look up every single line to get things to work how I wanted them to. The themes proved to be too complicated for most people to manage, so I went with customizing simpler themes, which proved a good choice, since some of those sites still exist today!

I completely missed the Dreamweaver/Frontpage bandwagon and started building web sites from the ground up in high school. I took a ‘new media’ class in my junior year and in my case the teacher ended up throwing out the curriculum so I could move faster. I spent the majority of my time in that class completely absorbed in borrowed books about HTML, CSS, and Javascript. I built a starter website for the school’s technology courses which never saw the light of day – probably for good reason, considering it was “teenager’s first website”, but I was proud of it at the time.

The web has changed a lot since each of us started our journeys in web technologies, online applications, and programming —the access speed, computing power, design trends, web standards, and even the browsers—but one thing hasn’t changed – we still love learning and building websites!